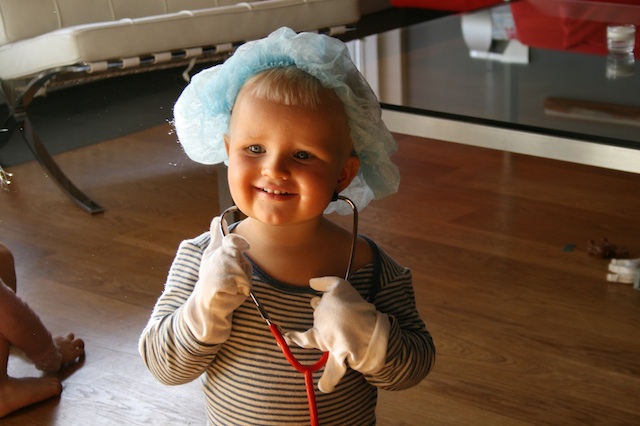 Silk and wool for babies

♥ From my book; What should I feed my baby?

I want to tell you about my two favorite materials for babies and children (and grownups!)

Since my children were born, I have dressed them in silk and woollen underwear and hats, and I still do to this day (they are now 7 and 10 years old). My son gets warm very easily, but regardless he is always quick to reach for his mixed wool and silk undergarments. Read below to find out why…

About silk and silk hats for babies

A silk hat protects the baby’s scalp, as well as its sensitive hearing from constant noises in the environment. The soft texture of a silk hat feels good against the baby´s head, and can give a baby a sense of calm and security. The size of a baby´s head is relatively large in comparison to the rest of the body so the protection of a silk hat helps the baby maintain a consistent temperature. Babies can wear the hat day or night, since, due to the unique properties of silk, it holds in warmth when it is cold, and at the same time it can have a cooling effect when it is warm.

Silk contains the nourishing protein sericin, which can reduce skin irritation. The properties of silk are actually quite similar to that of human skin, which explains why it is often referred to as a “second skin”. Silk is a very warm material, almost comparable to wool, and it is five times warmer than cotton. Silk threads withhold enough air to function as thermal insulation, but thanks to the fine and light strand of silk it is not only colder than wool but also great in hot weather (has a cooling effect!).

During wintertime and in colder regions of the world (such as Iceland), temperatures can drop drastically. In such weather, we tend to layer up in sweaters and other clothing that protects us from the cold. When we sweat from being active, cotton underwear is an unfortunate and inconvenient choice of undergarment, since the cotton absorbs sweat and moisture from the body, and the underwear can become soggy, and even wet. The moisture in the underwear then guides heat away from the body, and attracts coldness towards the body, which can result in hypothermia (shivering and feeling very cold). Moisture in cotton underwear furthermore enhances the formation of fungi and bacteria on the skin. Moisture against the skin can also reduce the oxygen flow. The consequences of this lack of oxygen can, for example, result in redness or scabs caused by fungi and bacteria. These symptoms are rapidly diminished with the use of woollen undergarments. It is believed that the bacteria that causes ear diseases are more likely to harm the child if cotton hats are worn. Silk or woollen hats that are in close contact with the scalp are a better choice. In the case of woollen underwear moisture from the body is not absorbed into the wool thread as it does with the cotton thread, instead it evaporates out of the garment with the help of heat emission from the body, which means the wool stays warm next to your skin even when wet or moist.

When selecting woollen underwear, it is important to consider the type of wool, because this can vary depending on the sheep. In general, the smaller it is the softer the wool will be. Merino wool (from Merino sheep) is the best wool available I believe, and it is important that it has received organic treatment from start to finish. It should always be washed with organic soap only. Merino wool is soft and actually becomes warmer when it is moist, which makes it a great under garment when staying out for a long period of time and/or on long travels. Merino wool does not retain bad body odor, since the skin is given enough oxygen so it can better defend itself against fungi and bacteria.

Some people are allergic to wool, but in these cases 100% silk underwear does the trick. Silk is even more bacteria- and fungi-repellant than wool!

No Replies to "Silk and wool for babies"