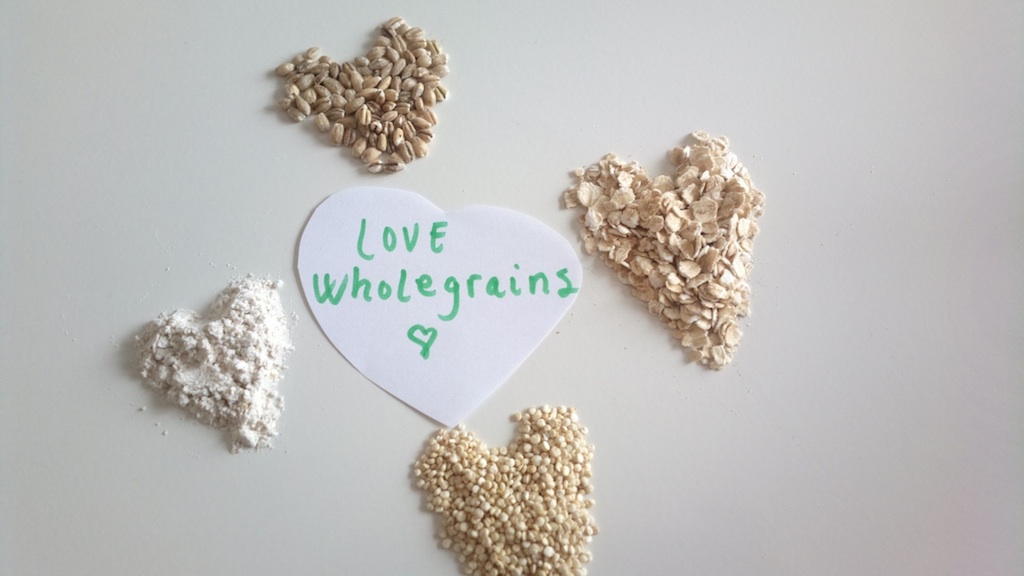 ♥ From my book; What should I feed my baby?

There is no question that there is a huge nutritional difference between whole grains and the processed grains used in most food products. The word “enriched” means that more than a dozen natural nutrients have been destroyed during processing and a few synthetic ones have been replaced in unnatural proportion. “Fortified” on the other hand indicates that nutrients have been added that were never there in the first place. Sounds fishy to me!

The bran (wheat bran) is about 14% of the wheat kernel. It contains almost all of the fiber, some minerals, B-vitamins and a little incomplete protein.

The germ (wheat germ) is less than 3% of the wheat kernel, but it contains almost all of its nutrients, including protein, iron, vitamin B, zinc, magnesium, vitamin E and unsaturated fatty acids or oils. The germ is the seed of the wheat plant and contains the stuff to grow new life.

The endosperm is 83% of the wheat kernel. It is almost all starch with minute amounts of nutrients. White flour is made from the nutrition-free endosperm.

White flour is the stuff from which most commercial breads, rolls, biscuits, cookies, cakes, muffins and hundreds of other foods are made. So why do manufacturers go to the trouble of removing the germ and the bran? It is simply because white flour has an almost indefinite shelf life since it is lifeless (dead!). The oils in the wheat germ go rancid and get bitter and spoil quickly after the whole wheat kernel has been milled into whole wheat. We also have a bad habit of demanding a long shelf life for food, which is actually an unfair demand and definitely not a healthy one. Food that is whole and alive spoils (ages!) – it is as simple as that. Some food manufacturers go even further and chemically bleach the wheat with to make it even whiter and prettier.

So here you’ve got one more good reason to read the labels. And never trust the big letters at the front.

No Replies to "Wholegrains vs. processed grains"